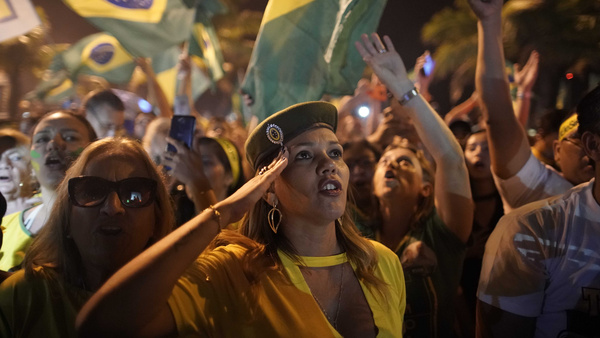 The retired army captain has expressed admiration for the country's brutal 1964-1985 dictatorship; made incendiary remarks about women, minorities and LGBT people; and decried "fake news."

wtf
reply
I remember when the international press congratulated Brazil for electing a woman. Dilma's government was pretty bad. Now they are horrified about Brazil electing Bolsonaro. I say it won't be as bad as that, just as Dilma's wasn't as good as all that. Brazil's institutions and democracy have been more resilient than I expected.

Well, it's been 5 years since I have been to Buenos Aires. Both cities are safer than Rio, and muggers in BA seem less "professional". My brother was walking downtown BA alone late at night and suffered an attempted mugging by one girl and a guy, no guns, no knifes, nothing. He pushed the guy and ran, breaking his thumb in the process. His logic was "I am Brazilian, you are not mugging me without a weapon." In São Paulo they don't even try it without a weapon, on the other hand, I have lived here for over a decade and have never been mugged. My rule is: if it's sketchy go inside somewhere and call an Uber.

I am not a succinct writer. This author of this article makes me look plain parsimonious with my words though.

That said, Amazon delivery is horrid. Need professionals who don't put your packages in front of your garage door so you run over them.
Atlanta, GA

wtf
Ah, the first world problems. If someone left a package outside my building, it would be "lost" in under five minutes.

JayM
True, true. I'll be in Sao Paulo in the spring for a couple days... never been, but been to Buenos Aries... where our data center (at least one of them) is in a "converting" residential neighborhood, it seemed safe enough. Peru Street in front of the capital though, not so much. Not sure of the differences between Brazil and Argentina though.

RT @Microsoftman: looking at ass by Microsoftman
Saturday November 18th, 2017 at 2:38 AM

wtf
reply
I wonder why would someone share this. It's at it's best an inside joke I don't get and at it's worst just offensive.

How Big Business Got Brazil Hooked on Junk Food
Tuesday September 19th, 2017 at 5:02 AM

wtf
reply
Now I know where the money from Bolsa Família is going. Not to lift people out of poverty, but to incentivize Big Ag. 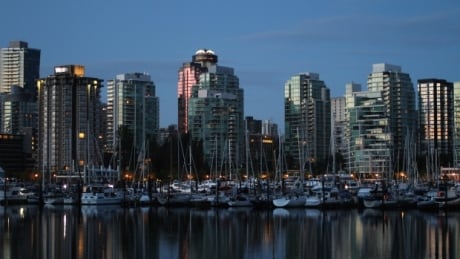 A City of Vancouver report to council shows 25,495 units were unoccupied or occupied by temporary and/or foreign residents in 2016.

wtf
reply
How does "unoccupied" means the same as "occupied by temporary and/or foreign residents". Foreigners don't pay rent in Vancouver, apparently.

Order a plate of vindalho in one of the many Goan restaurants around Lisbon and your local friend at the table may point out that the origin of this dish is, in fact, Portuguese. Even the name can be decoded back to the Portuguese vinha d’alhos (wine and garlic), he’ll say.

But let’s be honest here, amigo, vinho d’alhos has about as much to do with Goan vindaloo as the croissant does with the cronut. Vinha d’alhos may have sailed off to Goa along with Vasco da Gama in the 15th century, but when it returned to Lisbon with Goan migrants in the 1960s and 70s, something had changed. It had gone Goan.

So what is Goan? Jesus is Goan, or so says the sign on the door of a tiny 12-seat restaurant in Central Lisbon. Allow your boisterous host, Jesus, to give you a tour of the dining room and you’ll learn a bit more about his fluid take on identity. A mural in day-glo colors playfully depicts a six-armed Indian deity cradled by Saint Anthony, the patron of Lisbon. Over by the register is Ganesha, sporting the thorny crown. Here’s a massive Christmas wreath of dried chili peppers. The cooler is stocked with icy local favorite Super Bock beer and vinho verde from the north of Portugal. The bouquet of a Mumbai back-alley spice shop hangs thick in the air.

“Goan is not Indian!” Jesus says, wagging a finger. “And it’s not Portuguese. It’s a synthesis.”

Irreverence and showmanship are not Jesus’s only trademarks; he’s also a thoughtful chef. Jesus may be Goan, but his competitors are not the curry houses around town. His project feels just as fresh as – and maybe more original than – many of the heavy-hitting chefs working in Lisbon. In many ways, though, Jesus is in a class of his own – he’s probably the only Goan chef in Lisbon creatively defying the old standard format of what an “ethnic” restaurant should be. Colonial heritage, religion, history, national identity – it’s all fodder for his clever, delicious creations.

Jesus’s story could have easily played out along a more traditional trajectory. When he was 14 years old, Jesus left Goa – a Portuguese colony for some 450 years – for good, landing in Lisbon on a student visa. A relative put him to work washing dishes in a Goan restaurant, where he slaved for three years in tough conditions. He moved on to another restaurant, Tentações de Goa, where he worked for 17 years, eventually making his way into the kitchen, where he cooked food that would be expected of a Goan cook.

Then in 2011, he took a break, went back to Goa for the first time and reconnected with his family. He spent a couple of years in Goa cooking with his mother and learned a lot, he said. He thought he might stay for good, but the independence he’d earned in Lisbon called him back.

He returned with a plan to open his own place, and in 2014 he did just that. He has no partners and only a small staff. Jesus greets, serves, cooks, pours beers and he might even hail you a cab at the end of the night. His restaurant is miniscule but it’s his place. And this freedom allows him to do what he wants.

These somewhat contradictory experiences – running from Goan tradition only to land in a Goan culinary sweatshop abroad – is what created in this chef the unusual ability to deconstruct Goan cuisine so successfully.

Sure, he turns out samosas, chapati and shrimp and okra curry that draw a crowd of approving Goan families for weekend lunch. And in March, his back was still bothering him from the flurry of Christmas orders for his babinca, a laborious layered cake that’s as traditionally Goan as it gets.

The menu, filled with wonderful Goan standards, is printed and laminated in a way that might indicate that these offerings do not change. But one line on the menu, sugestão do Jesus, is the password for a Goan dining experience like no other.

One night it was whole quail lathered up in a sauce so enriched with turmeric that we emerged from the meal looking as if we’d just attended a henna party. On another occasion a curry of mushrooms and chestnuts was sent, evoking a pile of burning autumn leaves in the Portuguese forest. For a starter, he may insist on a round of playful mini burger packed with spices and topped with a perfectly poached egg yolk, a nod to contemporary Portuguese trends that we very much approve of. These creative riffs, applying Goan sensibility to good local Portuguese ingredients, are a welcome complement to the standard fish curry, goat chacuti and, of course, vindaloo. But Jesus is working towards something higher in his kitchen.

One evening we joined Jesus for the staff meal before the dinner shift. He’d cooked up a cozido à Portuguesa, a quintessentially Portuguese boiled dinner of pig parts, blood sausage, chouriço and root vegetables. This is a dish that every tasca in town serves at least once a week and most Portuguese would describe as more than comfort food – a symbol of Portuguese-ness. We peeked over the edge of the pot and caught a whiff of someplace faraway. “It’s cozido à Portuguesa, my way – ginger, garlic, tamarind, green chilies,” said Jesus as we shuddered with pleasure. We’ve had this dish many times and always felt there was something missing. Digging into this staff meal with Jesus we realized that that something was Goan.

Goan cuisine is studded with interpretations of foods the Portuguese brought over to the colony centuries ago, and most Goan restaurants are faithful to the canon of antique fusions. Meanwhile, Jesus is busy drafting the sequel in which the Goan makes his way to Lisbon and starts poking around the Portuguese larder for ideas.

“You have to try my arroz de choco!” he said, referring to a classic Portuguese cuttlefish rice, little known beyond the region of Setubal. Then he whipped out his phone to show us a photo of a cozido grão, a boiled dinner from Alentejo. Who knows – he just might pull off another vindaloo. While Jesus cooks, setting out to conquer the sacred realm of regional Portuguese cooking, we imagine Vasco da Gama spinning in his grave over in Lisbon’s Jeronimo Monastery. Let him spin, we say. This city has always had an enigmatic quality to it, and right now it seems to be in transition. Once the command center of a vast empire, later an isolated outpost on the fringes of Europe, the land of the lisboeta has reckoned with major adjustments in the last 40 years, and the popularity of people like Jesus, is, in a small way, an indicator of which way the wind is blowing.

Today, trail a group of young locals out for the night and you are far more likely to end up dancing to Angolan kizomba than listening to a fado crooner. The ripples that once pulsed out across the globe from this corner of Europe have finally, thankfully, begun circumnavigating back, challenging the land of the Great Explorers to reconsider itself.

Just ask your Portuguese friend licking the sauce off his fingers; he’ll probably admit that Jesus is exactly what Lisbon has been waiting for.

wtf
reply
Jesus might be from Goa, but every one knows God is Brazilian. :)
"Deus é Brasileiro" is a very strong saying here, even though there is no proof that "He" hails from these parts.